How To Get More Traffic, Shares & Comments On Your Facebook Videos 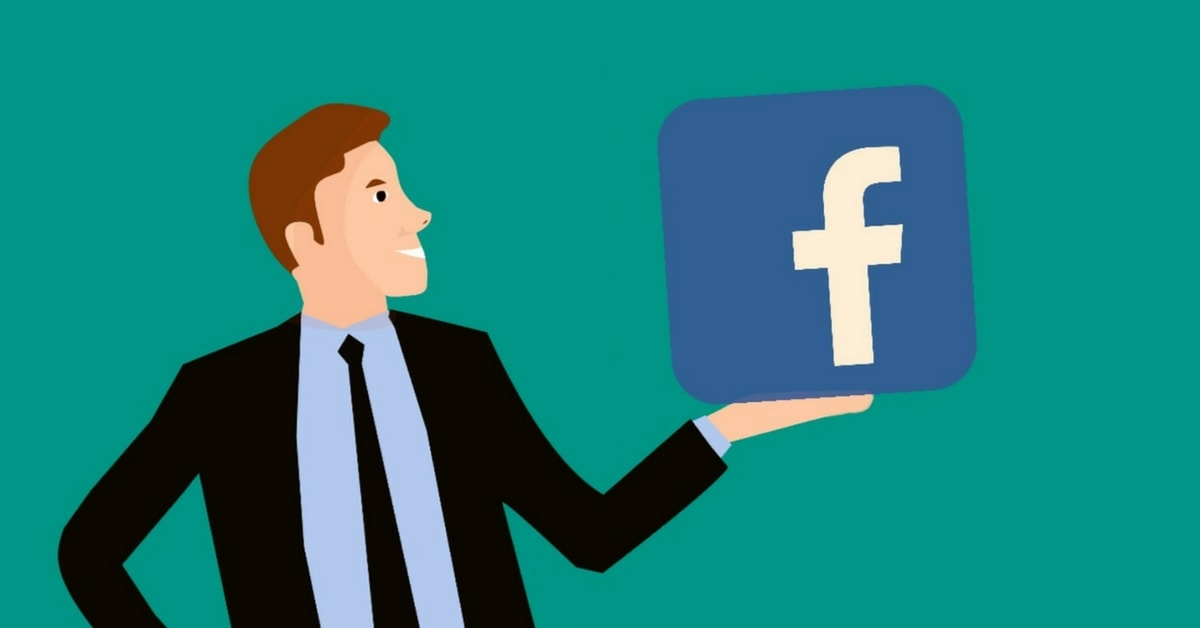 Do you know that Facebook serves of 100 million hours of video every day? Over 8 billion videos are being watched daily on the social media platform. This has been the result of its consistent strategy of focusing on the growing on the video content.

Regardless of whether you have already been creating videos for Youtube, or you are planning to start video marketing from scratch, now is the appropriate time to consider Facebook seriously for the distribution of your video content.

It’s not just about sharing your videos on Facebook. You need to be able to get as much traffic, shares and comments to make the most of your efforts. So the aim of this post is to help you get started on the right foot.

Have A Catchy Opening

When you share a video on Facebook, it usually auto-plays in a user’s feed without the sound. This is a great move by Facebook to engage an audience and encourage them to watch the complete video with sound.

But most video creators don’t take advantage of it. The first few seconds of every video you make should be as attention grabbing and possible.

The thumbnail image should be such that it grabs attention while a user his scrolling through his feed.

Use a great title and description – Giving a little teaser on what the video is about in an engaging way can also make users watch and video and engage better.

It’s also important to make sure the video title is descriptive enough to show up in search results. Facebook is a social media platform that gets over 2 billion search queries every day.

So along with making the titles catchy, you also need to optimize them for search.

According to a report by Digiday, 85% of videos on Facebook are played with no sound. To optimize your video for Facebook, you must make sure that it’s easy to understand what the video is about without the sound.

If a prospect is not able to understand your video without the audio, he is more likely to disengage and do something else other than watching the video.

To prevent this from happening, a useful caption can go a long way. Facebook gives you the option of uploading an SRT file with caption at the time of uploading a video.

Instead of adding an SRT file, the other way is to add text overlay to the videos you upload on Facebook. Compelling text overlays can make sure that your video is more appealing.

Square videos (1:1) grab more attention because they take up 78% more real estate in social media feeds than typical landscape videos (16:9).  As a result, they perform better than other video sizes, especially on mobile devices.

A few months ago, social media scheduling company Buffer partnered with Animoto, a video software company, to test this theory with an experimental budget of $1500.

Moreover, they found that it costs 7.5% less on Facebook and 33% less on Instagram to get the same level of engagement with square videos as with landscape vidoes.

So when you’re creating video content, keep in mind that putting your money on square video can help you get better performance at a lower budget.

Ask For A Tap

As we have already discussed, most videos on Facebook auto-play without the sound.

You can add a suggestion within your video to remind the viewers that they would be able to enjoy the video better with sound. Ask them to tap for sound.

Here’s a great example of how 20th Century Fox did it in one of their movie trailers.

Your Facebook video becomes more shareable when it focused only on one point. And it conveys that one point in a way that’s easy to understand.

Before you start writing script for a video, ask yourself if you can summarize the content of the video in a single, easy to understand line. Because if you’re having a hard time explaining it, your audience will too. So they’re less likely to share that video with others.

On the other hand, the viewers are more likely to share a video is it’s easy to understand, because then it’s also easy to explain when sharing. They can easily tell what makes the video so great and why they’re sharing it when they do.

As per the former GM of Video at BuzzFeed, Jonathan Perelman, people share videos with their friends on social media primarily for the following reasons:

·      They want to show how they feel about something

So before you upload your video to Facebook, ask yourself honestly if your video is helping viewers achieve one or more of these goals?

Have A Call To Action

·      Signing up to a newsletter or membership

·      Enquire about a product or service

Most people think of CTA’s as only good for getting viewers to fill up sign up forms on a website. But what they actually do is help in converting a casual viewer into a serious lead or buyer, however that may be.

For example, put a link to your blog or webpage in the post itself and encourage viewers to click on the link to learn more. Similarly, you can ask them to share the post or leave comments.

Another way to include a call to action is to talk about it in the video itself. Or put it as a text in video overlay. According to a report by Wistia, such CTAs that appear in the middle of the video have a very high version rate.

Alternatively, you can also put an image or text overlay near the end of video. Here’s an example: 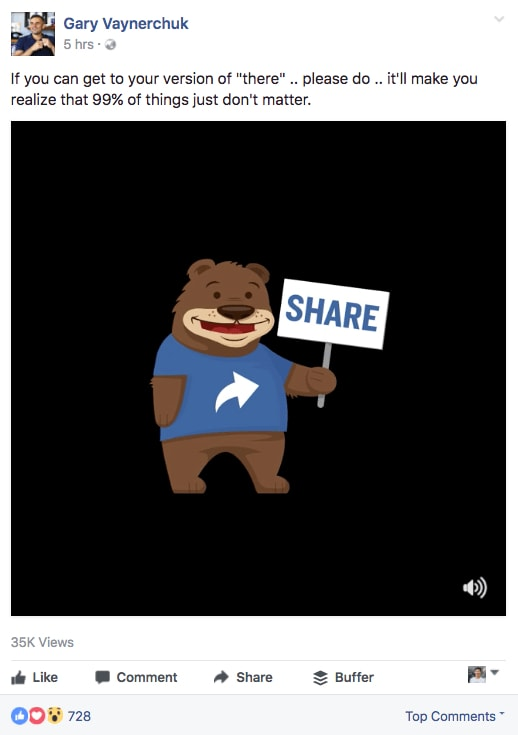 Let it play for a few seconds more after the actual content of the video has finished.

Another brilliant way to enhance the reach of your Facebook video is to tag other pages that may have something to do with the video.

For example, it may be a page of someone who contributed in making of the video or someone you’d like to know about the video. But make sure the pages you’re tagging are relevant and are somehow connected to the video, or you risk coming across as a spammer.

Not only does that help spread the video, but also helps you build mutually beneficial relationships with other brands and influencers. Here are a few ideas on which people and pages you can mention in the video post you add on Facebook.

·      If it’s someone who directly contributed to creation of the video or acts in the video, you can say something like “Featuring Bob Smith“

·      If it’s a person or brand you have mentioned in your video, you can say something like “We love George Martin and this is why.”

·      If you want to give credit to someone who inspired the idea for the video, you can say “Kudos to Joe for thinking of this.”

·      Then if there’s someone related to the video or you want to make aware, you can mention them by saying something like “We’d like John Smith to be a part of this contest.”

In case you are not aware of how to mention someone in your Facebook post, it’s done by just typing the “@” symbol and then the page name of the person or brand you want to mention.

Quintly did a thorough analysis of more than 6 million Facebook posts in 2016. It was found that the interaction rate of Facebook videos uploaded natively was much higher than links to Youtube videos.

So if you have been uploading your videos only on Youtube so far, you may want to consider doing the same at Facebook too.

Obviously, this is not the end. Facebook is constantly coming up with new features and ideas concerned with video sharing on the platform.

So Facebook changes with time, so should you video marketing strategy and implementation. Hopefully, these tips will help you create and share videos in a manner that wins over your target audience.