11 Mistakes To Avoid When Creating Video Content To Boost Engagement 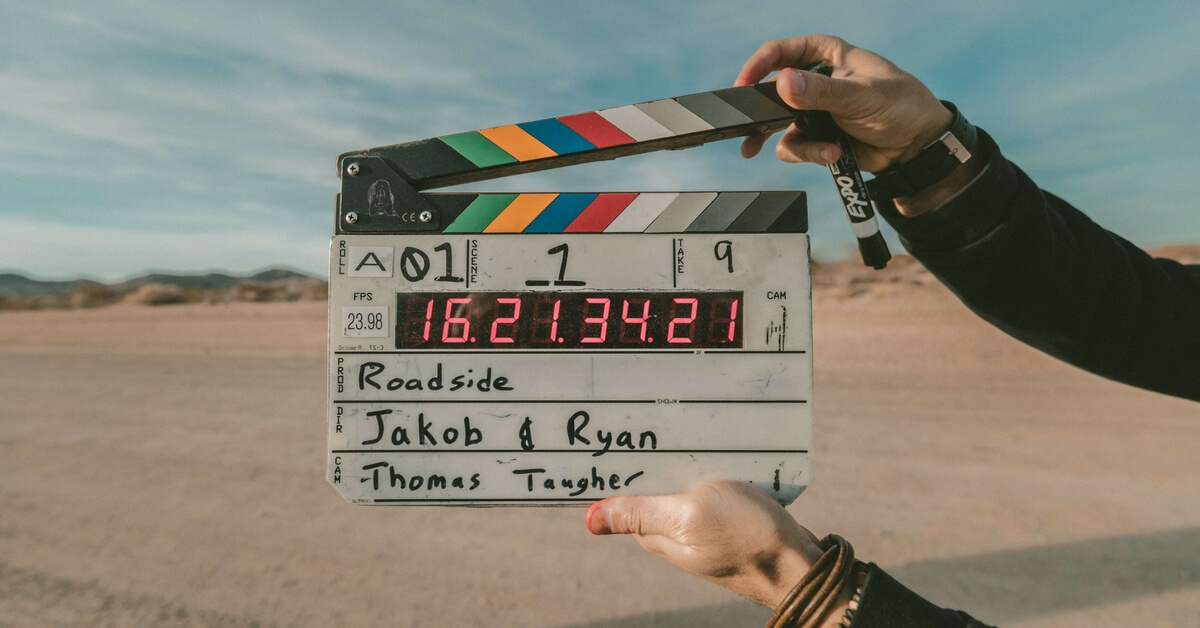 The process to create an engaging video isn’t easy. There are many obstacles to overcome. You need to brainstorm and figure out a great idea, to have the right skills and tools, and then the adequate distribution to push your video into the world.

But these big-picture hurdles aren’t the only one in your way. Plenty of little things can go wrong too. Overlooking these aspects can seriously hurt your video content and compromise on its ability to hold the attention of an audience.

We have seen small and large businesses make these mistakes over the years. That’s part of the reason we launched a way to create videos quickly and easily.

What’s surprising is that these mistakes could have easily been prevented with a little more thought and effort.

So here’s the list of most common errors to be aware of so that you don’t fall into the same traps and have the best chance at creating high-quality vidoes.

All the members of a creative team should be part of the idea generation process. Otherwise you’d never know at what stage it’s going to be shot down.

A great idea doesn’t mean anything if there is not enough budget to implement it, and a great campaign idea is no good if not adapted to the social network where it’ll be launched.

That means every member of the team, from graphics designer to videographer to PR manager who’ll be distributing the piece, should be involved in the decision making process.

By doing this, you can ensure that the video idea is actually feasible and can be implemented without any hassle.

May be you can create a dazzling video that impresses your team without going through any fundamentals or best practices.

But professional video makers know little things count, and determine the difference between a good video and a great video.

We have witnessed this issue time and again, especially with regard to things like information design and data visualization.

A simple rearrangement of slices of a pie chart or editing of labels is all that is needed sometimes to add more efficiency and clarity to a video presentation.

If you really care about the outcome of your video, you must be willing to do everything you can to make it as engaging as possible.

Mistake 3: Not Telling A Story

This is one of the most common issues with video creation. A video which doesn’t tell a unified story, or has too many scattered stories, is neither effective nor interesting to the viewer.

To make a video engaging, you must have a core story with a strong plot. You may have lot of ideas, but an effective video is about focusing on a single narrative. You can’t bombard the viewer with multiple unrelated messages, or you’ll end up overwhelming and losing their attention.

Every aspect of your video, from script to setting, should work towards building a single narrative.

A great example of this is the Think Different video that Apple released many years go. This stunning 3D video allowed Apple to appeal to the uniqueness and creativity that their prospects admire.

Many video marketers get so excited about their ideas, or sub-ideas about a single idea, that their videos end up going nowhere. In their conquest to pack as much story as they can in one video, they end up creating a dense, messy video which doesn’t get the main message across.

Mistake 4: Not Having A Brand Identity

Your brand is made up of many things. But when creating video content, maintain a consistent visual identity and voice is important.

Not having distinct elements such as logo, voice and other things incorporated into each video you create can really mess up how you are perceived and remembered by your target audience.

The main aim of your video content is to introduce your brand with a bang and begin an engaging conversation. So each piece of video content you create should tell people who you are and why they should put their trust in you.

Many marketers and businesses work hard day and night in creating an awesome piece of video. But as soon as they publish and distribute it, they think their work is over. And they start working on the next video.

This is a huge mistake. Each video you create is an asset that can be used again and again at different stages of the funnel to keep generating leads, sales and engagement.

For example, you can schedule it with varying descriptions to get shared in your social media accounts week after week, generating new views and clicks.

It takes a lot of time and money to create video content. So it’s important to ensure you’re getting the most out of each video.

Mistake 6: Not Repurposing Your Video

One similar note, another mistake is to not adapt the video to other types of content.

To get the most out of the effort spent on each video, consider turning it into other formats like infographic, blog post and podcast episode so that it can be shared on even more platforms and distributed to new audiences.

Not everyone likes to watch video. Some people may prefer to read or just listen. Since you already have the script and graphics from which you created the video, why not use those elements to widen your reach as much as possible. 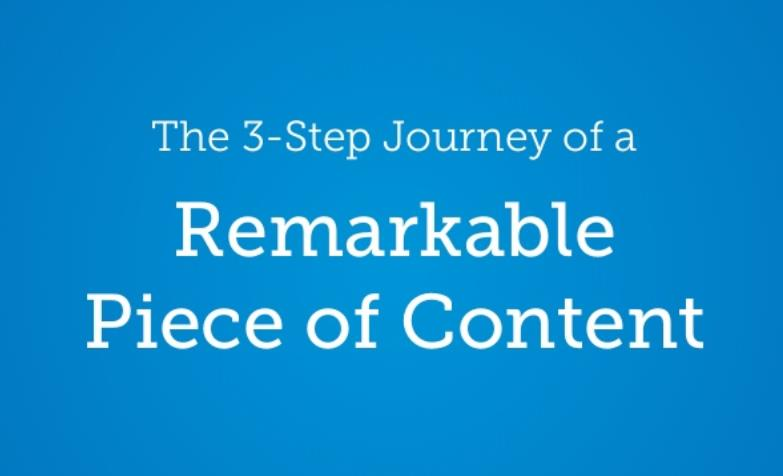 Copyblogger has done this with great success. The team at Copyblogger took one of their blog posts and turned it into a SlideShare.  That SlideShare  presentation has so far got 42K+ views.

Creating a clear and concise brief for your creative video can get tricky. It should have enough information to convey a clear sense of objectives and instructions, but not so much as to dilute the story and process.

Over the years, we have seen a lot of businesses making this mistake. We have seen briefs which were nothing more than a short paragraph, and those that seemed like lengthy novels.

Both these cases aren’t helpful when you’re trying to create a compelling video. The right brief should strike a balance.

Mistake 8: Not Seeking Feedback At Each Step

Many people charged with creating video content either don’t ask for feedback at all, or try to get it when it’s too late to make any changes.

Imagine you’re just done with the video and about to publish it. But then you see a long list of notes from various stakeholders with their thoughts and critiques.

It seems like a no brainer, yet so many make the mistake not getting approvals sooner when there is time to make changes to the script and outline.

Before you move into production, make sure you get a green light at every step, from storyboard to graphics to dialogue. You’ll prevent a major headache down the line by doing this simple thing.

Taking the time to understand your audience and create marketing personas is a step that you can’t afford to skip. Without marketing personas, you have no way of knowing whether your ideas will connect with people you’re trying to reach.

The major problem is that most of us just assume that we know our audience and don’t put any concrete efforts in defining and segmenting them. Most of bad personas are a result of blind guesswork. 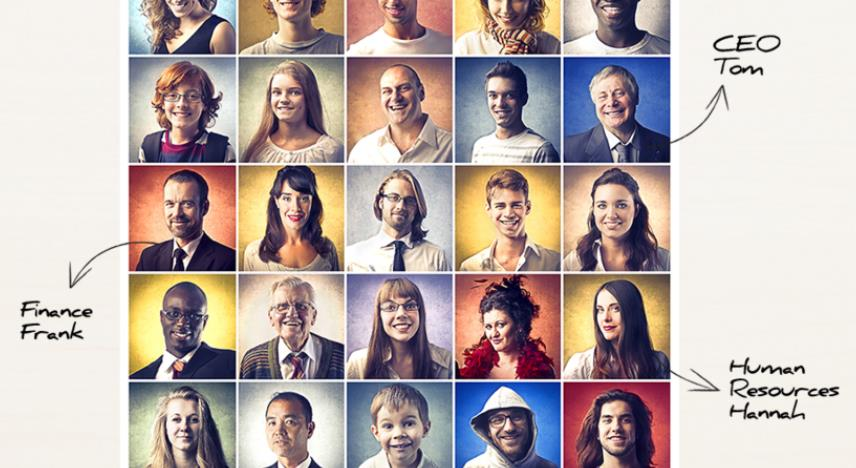 It doesn’t have to be that way. Crafting effective personas isn’t as hard as it sounds. All you need is a way to exchange ideas with your current and potential customers.

This can happen through emails, phone calls, surveys, interviews or just having in-depth conversations with your sales people, because they are the ones who actually interact with customers in field.

Mistake 10: Focusing Only On Selling

Marketing videos are meant to attract and engage people with something informative, entertaining or inspirational. It doesn’t have to be directly related to selling your product or service, but only to provide value.

Marketing videos are what you need to attract an audience, build a relationship with them and make them interested in your sales videos. When you try to target an audience with sales messages from the start, it backfires and does more hard to your brand than good.

So make sure your videos are in harmony with the stage of the funnel at which your audience are and where do you want to take them.

It’s good to have a firm content calendar to plan and publish your videos in advance. It keeps everyone on the same page and focused to meet common goals.

But it may also trigger the tendency to rush things in order to meet deadlines. Creating video content is a creative endeavor which requires time and a relaxed mindset.

Just churning out poor quality video after video is not going to do any good to your business. One engaging video is better than a thousand dull videos.

So make sure you don’t fall into this trap and each video you create is actually something that makes your team proud.

Always remember: creating a compelling video is a detail-oriented process. If you want your video to be creative and compelling, you must stay educations and follow the best practices.

Most of all, you must be willing to experiment and see what works and sticks better with your audience.