7 Growing Video Advertising Trends To Watch Out For In 2018 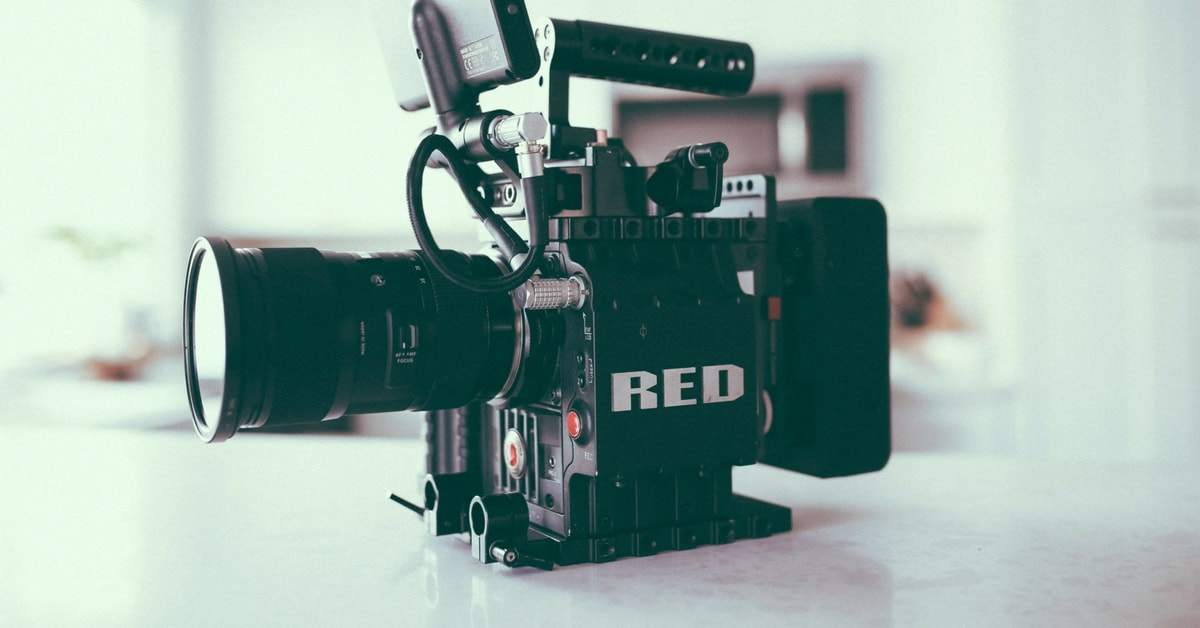 As more people get access to high bandwidth and fast internet speeds, the consumption of video on mobile devices and tablets will only increase.

But the arrival of video in such a huge way has created a big knowledge gap in the world of business and marketing. Content marketing is relatively new, and video even newer.

Instead of following tried and tested but old practices, brands will have to experiment and learn as they go.

Marketers will be expected to make the right decisions in terms of aspects like video duration, production, budget, placement and more.

To tackle these challenges, you need to be aware of what trends are going to have the most impact on video advertising in 2018-19. And that’s what we’ll discuss in this post.

The Debut Of 5G

As already mentioned, the next-generation 5G wireless network is going to launch at the Pyeongchang Olympic Games in February 2018. As a result, we are sure to witness sporadic 5G systems from then on.

Among other trends such as cord cutting and mobile VR, one of the major consequences of 5G will undoubtedly be more and more consumption of online video content.

So as a smart marketer, you want to be ready for when this happens. Brands will be required to boost their video production efforts in order to benefit from this trend.

Netflix has already been testing pre-roll ads that appear right before you’re about to watch a show.

As of now, these are used just to promote Netflix content that a user may like. But there’s a strong chance that these ads may evolve to allow other types of promotion as well.

These pre-roll ads are about 30 seconds, but they can be fast forwarded in case a user isn’t interested.

Moreover, Accenture’s R&D division has recently come up with a new product placement technology. They say it can not only insert a brand into an online video, but also replace existing labels.

According to Accenture, if they can land deals with Amazon and Netflix, this technology could generate billions of dollars in value.

All this, combined with the fact that Netflix is coming up with new shows in huge volume, gives an indication that there’ll be steady growth in advertising in 2018 as far as Netflix is concerned.

How can they possibly make prospects aware of all these new shows, if not with advertising?

The service currently has over 52 million subscribers. And this number is expected to grow to 100 million by 2020. That makes it even harder for the company to resist the profit potential lure of advertising in 2018.

As advertising continues to grow, so does advertising fraud. So for any marketer, being skeptical of the metrics they see and seeking 3rd party verification is not only justified, but also smart.

In the past year, I have seen more and more businesses use Moat, Integral Ad Science, or Google DoubleClick. And the trend is only going to rise in the coming year.

In fact, it’s better that it does, because the more we are all cautious, the sooner we can filter out the fraudsters and charlatans from the advertising industry, allowing only the ethical brands to grow and prosper.

The merger of third-party verification vendors will result is overall improvement in the quality of evaluation and will put a lot of trust back into the game.

20th Century Fox recently tried out a new advertising technology by U.K. broadcaster Channel 4. With this new format, advertisers can personalize the audio content for people who use All 4, Channel 4’s on-demand offering.

In fact, using the data from the broadcaster’s user base, advertisers can include the individual names of All 4 users within the audio as part of their campaigns.

Personalization has always been one of those mantras in the world of advertising which is more talked about than implemented.

And it’s even difficult to do with video content because videos can’t be customized in a way a banner can.

But as the example above conveys, new technologies are emerging to offer advertisers the opportunity to personalize their message for viewers.

With more improvements, it’s obvious that there will be more efforts towards personalization of video content in 2018. This could mean just more relevant videos or those that address prospects by their names.

Can a message be conveyed through video in just 6 seconds? As it turns out, the answer is yes. Youtube recently began offering advertisers a unique 6-second format to capture the attention of their target market.

Though there have been advertising experiments with short ads, the format is looking more promising since it got blessed by Google. Google challenged advertisers in January to create ads that last no more than 6 seconds. Here’s what one of them came up with.

Since that time, even other companies have begun taking the format seriously. Another big early adopter is Fox, which ran six-second ads as part of the NFL games.

With decreasing attentions spans and most consumers likely to skip long ads, the 6 second format may be the right move.

Other than capturing quality attention, though only for a moment, six-second ads can also be good for nudging prospects who are already close enough to making a purchase.

Consumers already deep in the marketing funnel sometimes only need a short reminder to take further action. So you won’t be wrong in expecting to witness a lot more short ads in 2018.

In February 2017, Facebook started testing a way for publishers to make money from the videos they share on the social network – mid-roll ads. 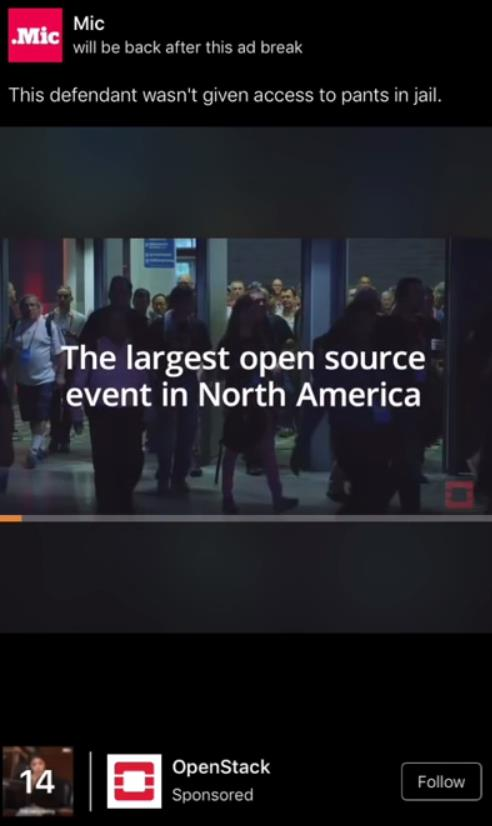 This is something the publishers have been asking for a long time, as they were finding it hard to monetize their Facebook videos.

There is striking difference between Google’s approach to video advertising on Youtube (6-second pre-roll ads) and Facebook’s midroll ads. And it’s hard to say which one will perform better and win out.

The pre-roll ads will either capture attention or cause the viewer to flee, as the viewer is about to watch the intended content. While the benefit of midrolls is that they are capturing a user who is already engaged with the content, the downside is that it’s more intrusive.

Nevertheless, the risk of losing the viewer’s attention can be mitigated more and more with effective targeting and personalization. The more we can make sure a viewer is seeing an ad he or she is actually interested in, the more tolerant viewers will be to the advert.

The other reason midrolls are so lucrative for advertisers is that prospects are getting more and more immune to other types of advertising. They are more likely to use ad blockers and skip prerolls but not midrolls.

If they are engaged with the content, they’ll probably sit through the midroll as well.

No other brand can match the quality of consumer data held by Amazon, since most of its traffic comes from people deep in the funnel and closer to making a purchase.

Till now, Amazon never entered the advertising market in a big way. It was mostly a side business. The core focus has been on retail, which is going really well as the main revenue generator.

This scenario may be about to change soon. One of its latest moves was a new office in Manhattan hiring 2,000 people in advertising. The sales team to pitch Amazon’s advertising programs is also expanding fast.

Though Amazon’s advertising product portfolio has been limited to sponsored products that appear in search results or banner ads, the company is moving towards newer offerings like video ads, device-based ads on Kindle and to viewers of entertainment content.

In fact, brands like Hyundai and Geico recently advertised on Thursday Night Football telecasted by Amazon. In addition, Amazon started inviting merchants in October to make product videos which will be published on Amazon.com.

The move was intended to prevent prospects from going elsewhere for more information on the product, especially to Youtube, during the holiday season.

It’s part of Amazon’s bigger plan to have as many videos as possible when the shopping season hits peak in the middle of this month.

When Amazon, a company that has mostly relied on written descriptions, photos and text reviews until now, starts focusing on video content too, that’s something worth noting and taking advantage of. And the same trend is likely to continue and grow in 2018 and 19.

There was a time when the Internet was mostly a text-based environment. But in the last few years, especially with the arrival of Youtube and Netflix, it has become almost an alternative to the TV.

As peer an estimate by Cisco, 69% of all internet traffic in 2017 was associated with consumption of video content. And this percentage is only going to increase when the next generation 5G hits the scene in 2019.

I hope these trends help you define and improve your video marketing strategy going forward, and get the first movers advantage.